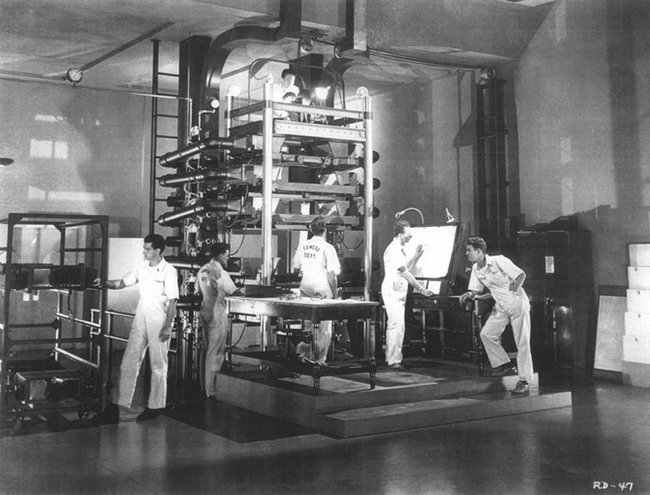 The multiplane camera was invented in 1933 by famous Disney animator/director Ub Iwerks. It worked by enabling animators to position their layers of acetate animation cels at varying distances and offsets in a vertical column. They could then shoot a camera downward to compose the cels into a single frame. While animators had been using acetate celluloid frames composited over painted mattes for decades prior, the technical effects that the multiplane animation camera introduced were an unprecedented leap forward in the field of animation.

What is most interesting about the development of the multiplane camera is that the tools of the animator did not really change much. Acrylic paints were still brushed onto acetate cels, then layered on top of other cels and background mattes, and then captured by a camera. However, armed with the newfound depth and focus components that the multiplane camera enabled, animators could think about their animations in radical new ways. Exciting new animation techniques emerged, like depth of field, parallax, and zooming, as Disney sought to explore the third dimension within their two dimensional animations.

It is fascinating to think about a technology as simple as the multiplane camera unlocking so much potential. It enabled a generation of animators to play in a three-dimensional world decades before Pixar could come along and make it a reality through digital technology. Even then, Pixar animators needed to draw upon the vast base of knowledge captured by early Disney animators in order to capitalize on the nascent and unexplored field of computer animation. The multiplane camera proved to be a catalyst that laid the groundwork for future achievements its inventors could never have anticipated. It was a window into the future of animation.

How wonderful it must have been, whether one knew it or not at the time, to be working on the multiplane camera, the physical manifestation of an inflection point in animation history.

In July of 2010, I made the decision to leave YouTube. The first thoughts I had were “How am I going to explain this to anyone? How will I tell mom?” To my family, I had the greatest job in the world and the amount of money I was making... Continue →